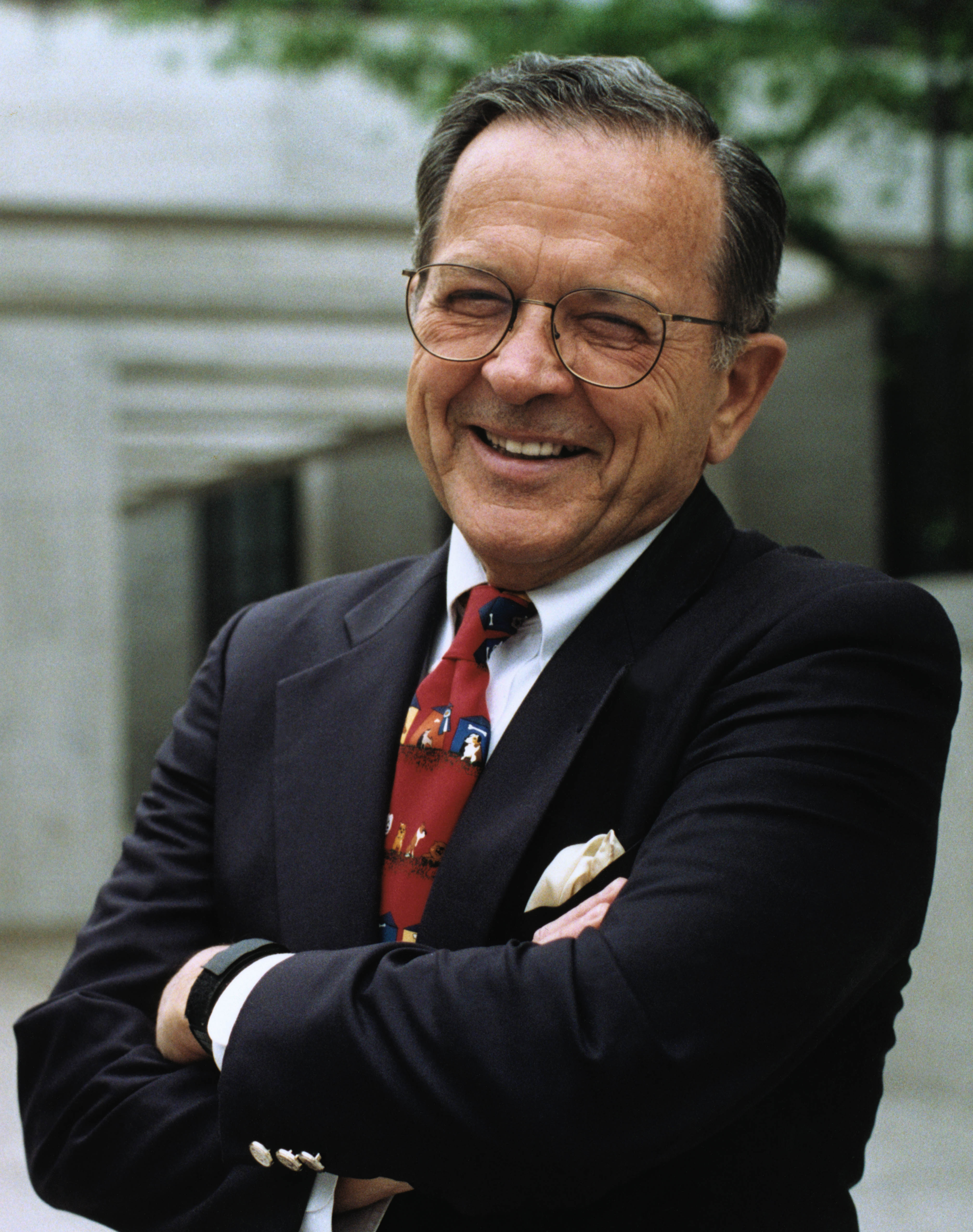 Theodore Fulton Stevens Sr. (November 18, 1923 – August 9, 2010) was an American politician who served as a United States Senator from Alaska from 1968 to 2009. He was the longest-serving Republican U.S. Senator in history at the time he left office; his record was surpassed in January 2017 by Orrin Hatch from Utah. He was the president pro tempore of the United States Senate in the 108th and 109th Congresses from January 3, 2003, to January 3, 2007, and was the third U.S. Senator to hold the title of president pro tempore emeritus.

Stevens served for six decades in the American public sector, beginning with his service in World WarII. In 1952, his law career took him to Fairbanks, Alaska, where he was appointed U.S. Attorney the following year. In 1956, he returned to Washington, D.C., to work in the Eisenhower Interior Department, where he played an important role in bringing about statehood for Alaska. He was elected to the Alaska House of Representatives in 1964 and became House majority leader in his second term. In 1968, Stevens ran unsuccessfully for the Republican nomination for U.S. Senate, but was appointed to Alaska's other Senate seat when it became vacant later that year. As a Senator, Stevens played key roles in legislation that shaped Alaska's economic and social development, including the Alaska Native Claims Settlement Act, the Trans-Alaska Pipeline Authorization Act, the Alaska National Interest Lands Conservation Act, and the Magnuson–Stevens Fishery Conservation and Management Act. He was also known for his sponsorship of the Amateur Sports Act of 1978, which resulted in the establishment of the United States Olympic Committee.

In 2008, Stevens was embroiled in a federal corruption trial as he ran for reelection to the Senate. He was initially found guilty and eight days later was narrowly defeated at the polls. Stevens was the most senior U.S. Senator to have ever lost a reelection bid. However, prior to Stevens's sentencing, the indictment was dismissed – effectively vacating the conviction – when a Justice Department probe found evidence of gross prosecutorial misconduct.

Stevens died on August 9, 2010, when a de Havilland Canada DHC-3 Otter he and several others were flying in crashed en route to a private fishing lodge. Provided by Wikipedia
1